deaths (this is for me)

A List of What I've Done in My Summers

(Not So) Silly Reasons to Start Learning a New Language, Part 2

Last time I wrote about reasons why I chose French over Spanish, and this time, I'll continue the series(?) and talk about Swedish, Japanese, and Taiwanese.

One thing you might want to know before reading: my ultimate goal? Finnish. Don't ask. Read on.
Shush.

Silly Reasons (Not) to Start Learning a New Language, Part 1

Currently I'm learning French, Swedish, Japanese, and Taiwanese (or Hokkien/Min Nan), which is really fun but energy-consuming. I ended up focusing on French and Swedish, because accessing their cultures is a lot harder than the latter two.

There was this time that I went to a Multilingual café in an attempt to practisce my spoken French. It was tragic. I was mute most of the time because a) I couldn't understand 70% of what others were saying, b) I was being such an introvert, and c) I knew too little French to participate in a conversation. But there was a question that I did understood, and nonetheless failed to answer:

I seriously didn't know what to say, which was not just awkward, but downright embarrassing. (I mumbled something about watching YouTube videos but meh, when you barely have time to watch English videos alone, you won't even have the motivation find channels that suit your tastes.)

After I went home, I racked my brain to remember the reason why I started to learn French in the first place (during which I may have kicked myself internally a few times.) If I could choose again, I definitely would have chosen Spanish -- it is more widely spoken, and it's just such a beautiful language to listen to. (sorry, français, but you really don't sound that nice to me.) Anywho, I might as well share with you a few reasons my brain managed to salvage from the trenches of my horrendous memory, as to why I chose French in my young impressionable years:

1. Because I wanted to be a special snowflake
The first that came up was actually that I thought France is a country that sounds lovely and romantic, but certainly little me wouldn't touch anything that's remotely romantic, so that idea was soon defenestrated. The memory of finding out Spanish being the third-most spoken language in the world came to mind. Wanting to be a hipster who does not speak a language that at least 472 million people are speaking, I chose French (which is another most-spoken language on Earth. way to be a special snowflake.) But really, Melody? The whole point of learning a language is to be able to talk to more people in the world, jeez.

2. Because I couldn't roll my r's
I seriously thought that was going to be a problem back then. Turns out French has a sound that was harder for me to even imagine (the uvular r), plus a shit-ton of ambiguous vowels and really unpredictable spelling.
Oh, and actually, you can still speak Spanish even if you don't know how to roll the r's (something I've learnt in the language acquisition course last summer.) The only thing that matters is to get your point across, and it's not like every r in a word is rolled anyway. (they're more flapped than rolled)
And also? I can roll my r's now. The irony.

3. Because my mum used to learn French
Don't even ask me why this could be a reason. It just sort of made sense in that little brain of mine. A lot of sense, actually, because that was probably what inspired me to start learning a new language. On second thought, at least I could access my mum's learning materials and notes? (nope, I never found them.)

Later in my life, some less stupid reasons emerged: my high school only offered French and Japanese courses, thus I continued my petit voyage of French-learning; I then decided that I want to learn a language from each major language family, but by then the place in the Romance language is (unfortunately to my Spanish-adoring ears) occupied by French. (I still love you though, français.)

So there you have it, la raison pour laquelle j'apprends le français. Now this whole post is waaay out of my French proficiency, so yay for me to be able to explain to that French guy next time (not)?

I originally wanted to write the reasons for my learning Swedish, Japanese, and Taiwanese, but later realised that that would become too long of a blogpost. So keep your eyes peeled for part 2, if you are so inclined to be informed of my not-so-glorious language-learning causes.

What languages have you learnt other than your mother tongue? How did you choose the language? Do let me know in the doobleedoo comments! (I sound like a youtuber)
Also, yes, HIIIII I'M BACK!
(for an unguaranteed length of time, because i'm a procrastinating git.)

Cruel Beauty: I like a book that has a little malice within + UPDATE (I know, again)

Before we go into this review, there's something I'd like you to know (or you could just skip this and read the review, no pressure): It's been four months since I last posted something on this blog, and no, I'm not adopting a once-in-a-four-month blogging schedule.

I'll spare you my (hopefully-not-mid)-life crisis; in short, I'm sort of in a blogging slump, if that's possible. Being absent from the blogging world for too long seems to have this side effect. I'm not quitting blogging, but I want to take a break for a while and find out what I really want to do (I know, deep.) So yeah, just to let you know, I'm not dead yet, and I'll be back eventually. I know I haven't been commenting on other people's blogs for god knows how long, so thanks for coming and reading my blog nonetheless. I love you humans (and non-humans, if you feel excluded.)


This is a review that I wrote a while ago. Enjoy.

Blurb: Since birth, Nyx has been betrothed to the evil ruler of her kingdom-all because of a foolish bargain struck by her father. And since birth, she has been in training to kill him.

With no choice but to fulfill her duty, Nyx resents her family for never trying to save her and hates herself for wanting to escape her fate. Still, on her seventeenth birthday, Nyx abandons everything she's ever known to marry the all-powerful, immortal Ignifex. Her plan? Seduce him, destroy his enchanted castle, and break the nine-hundred-year-old curse he put on her people.

But Ignifex is not at all what Nyx expected. The strangely charming lord beguiles her, and his castle—a shifting maze of magical rooms—enthralls her.

As Nyx searches for a way to free her homeland by uncovering Ignifex's secrets, she finds herself unwillingly drawn to him. Even if she could bring herself to love her sworn enemy, how can she refuse her duty to kill him? With time running out, Nyx must decide what is more important: the future of her kingdom, or the man she was never supposed to love.

I'm Back: update, still in a bundle of nerves

I am delighted to announce that my blog is back into operation after nearly four months of hiatus. Gosh, I miss my blog.  A lot has happened during my hiatus, and you are about to be subjected to my recounting the past four months that probably won't make any sense, in a blogpost. Wish you good luck.

in which I decided that I am to busy to blog so I'll just put out some nice-looking photographs that'll hopefully grace your computer screens?

Ha ha no, just kidding. Hope you enjoy them anyway.

The first few are from a while ago when I was visiting my grandparents.


The photos below are from a vacation in summer. We went to the southern tip of Taiwan, where we went cycling for about 50 kilometres while the sun burnt us all and and left us looking like tomatoes for the next few days. But the landscape was breathtaking so it was kiiiinda worth it. Okay, okay, the trip was really amazing. 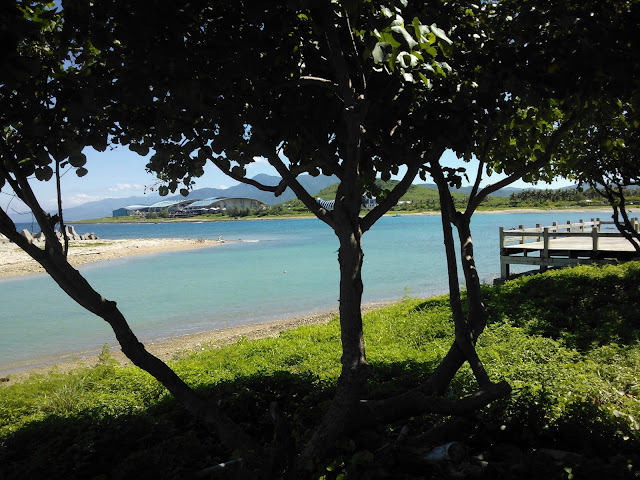 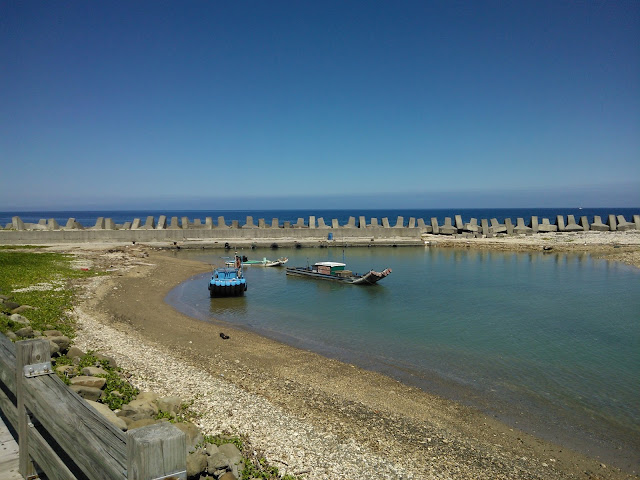 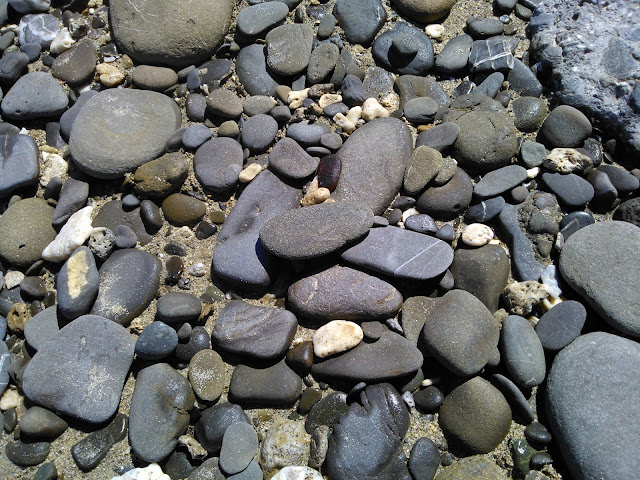 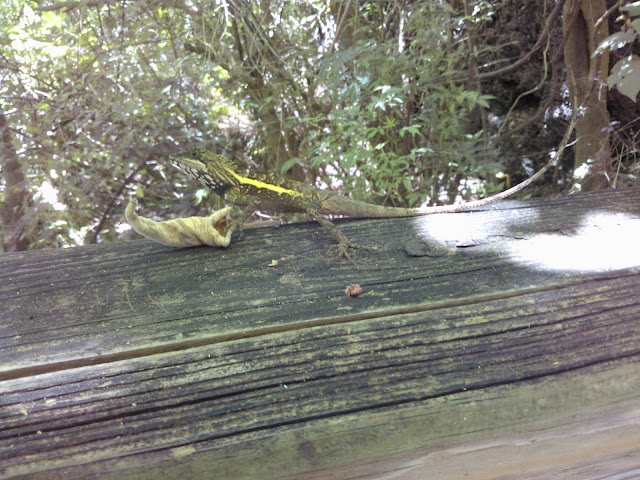 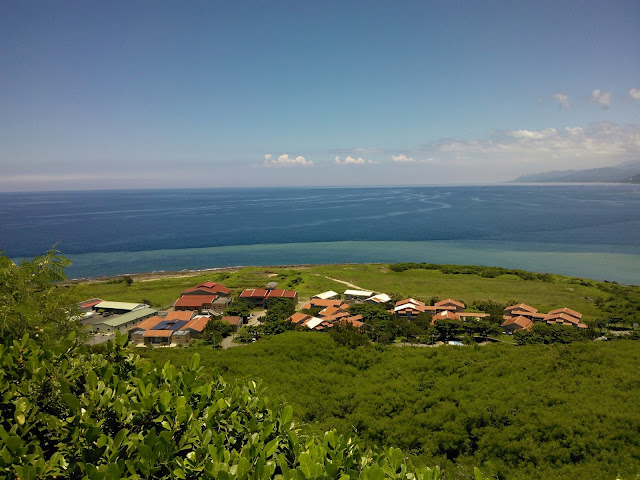 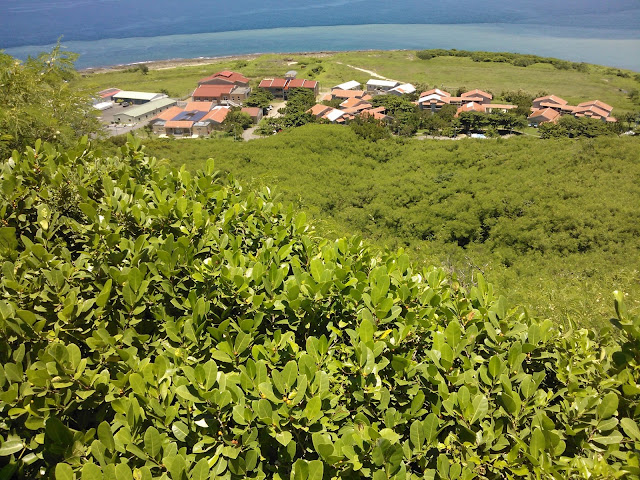 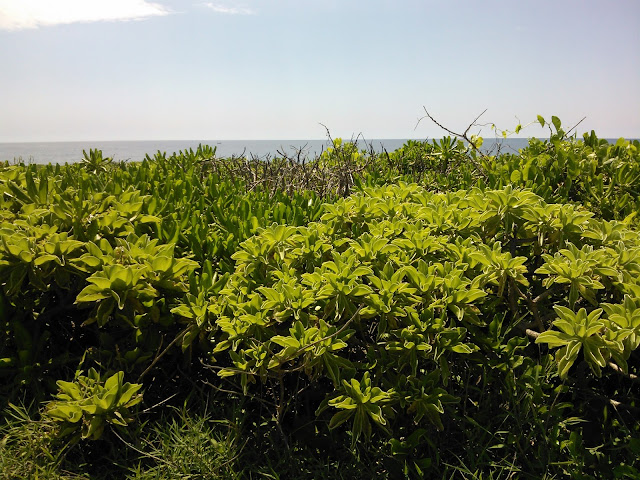 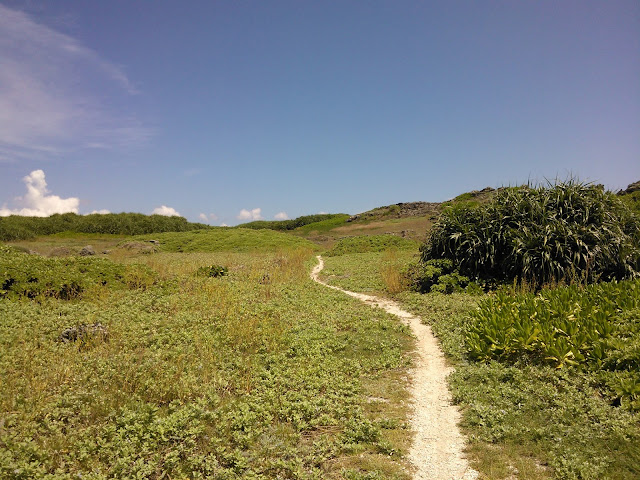 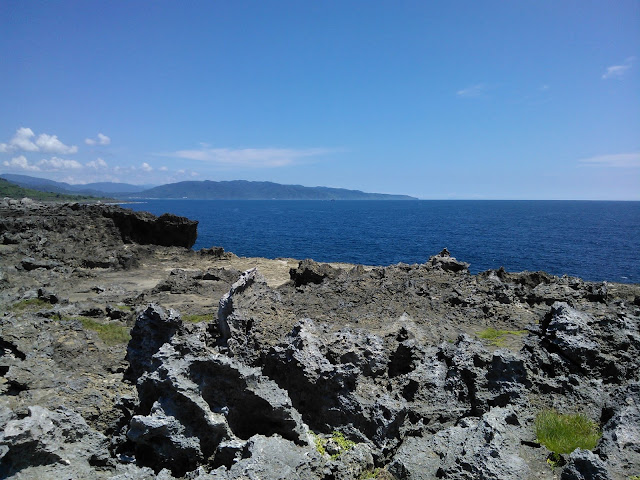 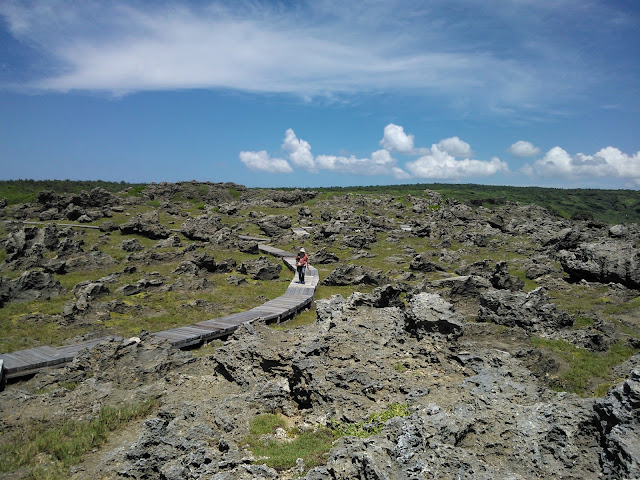 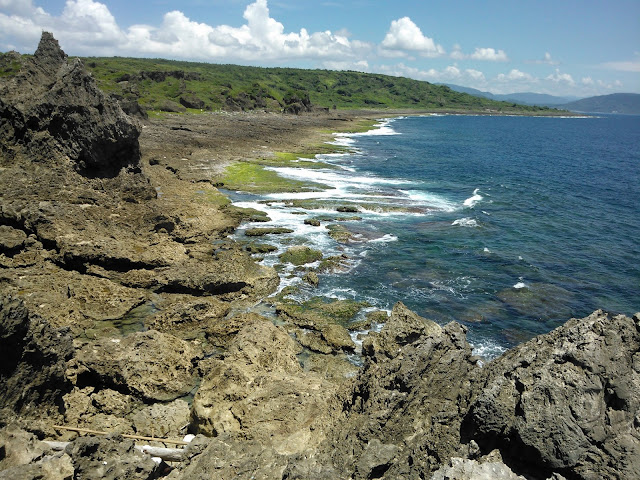 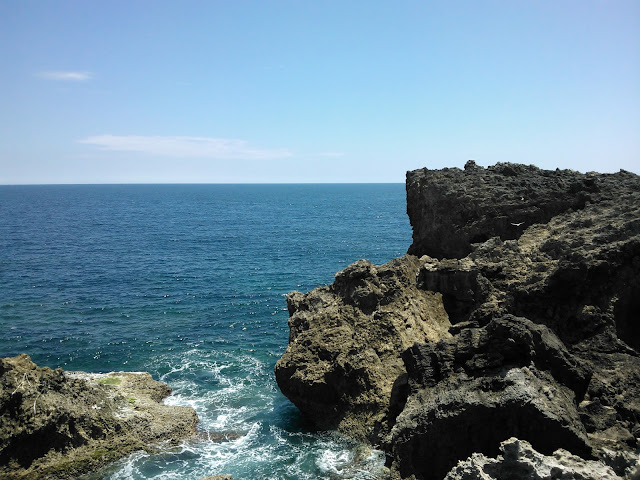 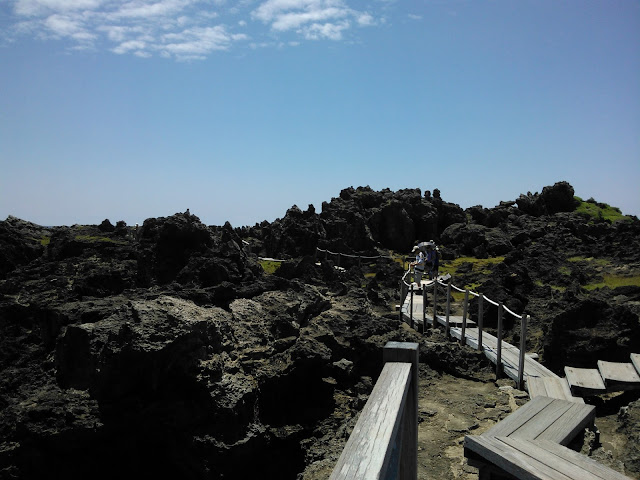 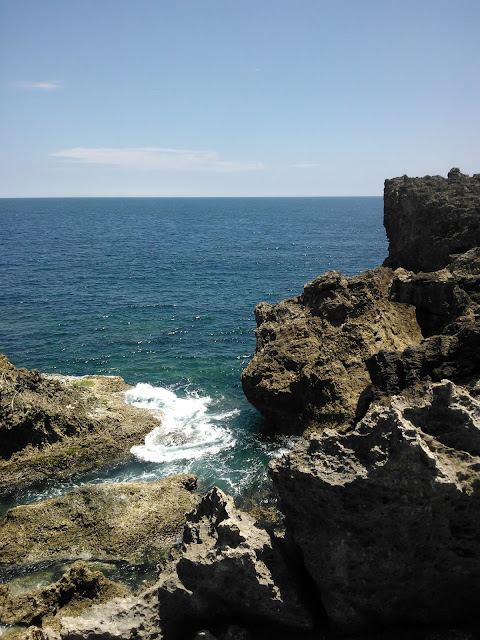 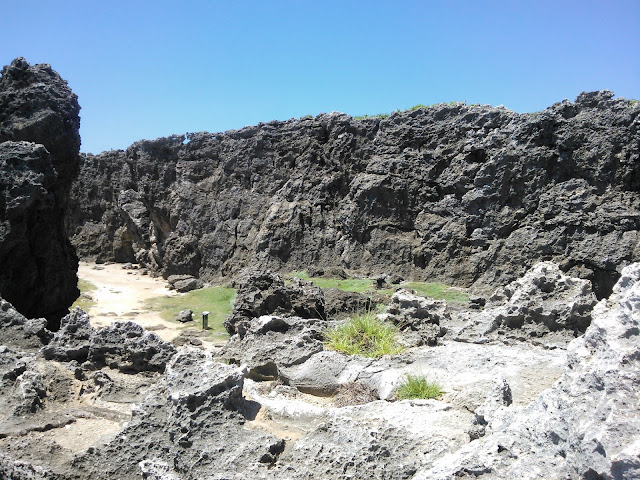 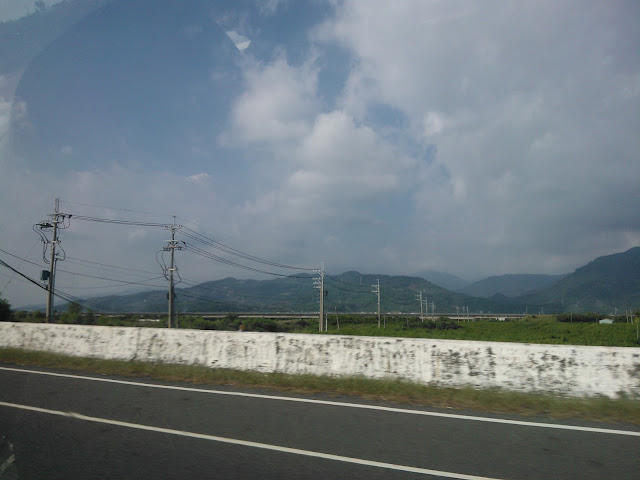 I really hope you enjoyed these. Because...you know, winter is coming. You might not be able to see this kind of sun for while. Mwahahahaha.

Unless you live in the southern hemisphere. Then well, enjoy your summer.

YAY GUESS WHO CAME UP WITH AN ABOUT PAGE!!!